How to Stop Dog Barking in Your Apartment

Many dog owners are familiar with this situation: You leave for work (your puppy seems fine at the time), and then after being gone for eight hours you come home to reports from your neighbors of incessant barking while you were gone.

If you’re dealing with irritated neighbors, the good news is there are a few steps you can take to quiet down the barking while you aren’t in your apartment. Here’s how to stop dog barking in your apartment:

Most often, dogs don’t bark simply to make noise (although some breeds actually do). Barking can be a response to perceived threats or exciting sights– like that squirrel on the tree just outside of your living room window. For that reason, many dog owners begin addressing barking by simply cutting off the sights and sounds from the outside world.

When you’re getting ready to leave for work, consider closing your curtains and turning on your television, radio or a white-noise machine. The combination of constant white noise and inability to see outside usually helps matters considerably.

Give Them Some Exercise
Another reason many dogs bark while at home is that they’re simply bored or restless. Grab his leash and give Fido some exercise before you hit the road and see if that helps. A morning walk through the park can let him get some energy out before you leave for the day, so he’s more likely to laze around quietly while you’re gone.

Provide Entertainment
Another way to address doggie boredom is to provide Fido with some sort of entertainment to keep him occupied while you’re gone for the day. Create a DIY treat for your dog by buying a tennis ball and cutting a small 2-inch slice along the side. Push several small treats into the ball through the slice and give it to Fido before you leave. He’ll be consumed with getting the treats out of the ball for hours.

You can also buy a couple of Kong toys from the store, fill them with peanut butter and put them in the freezer. Use Positive Reinforcement
During the times you’re home with your pup, make sure you’re providing him with positive reinforcement when he stops barking or shows restraint while looking out at that squirrel on the tree. Let Fido know he’s behaving well by giving him attention and treats. This should eventually result in better behavior even when you aren’t around.

Get your dog Trained
Many dogs respond well to crate training, which is when dogs are confined to a room or another small space whenever they’re alone in the apartment. You may want to look into this as an option.

If you’ve tried keeping your four leeged friend  entertained and isolated from outside sights and sounds and he’s still barking, you should seek help from a professional trainer. Trainers will be able to teach you several other tools you need to know to stop dog barking permanently. 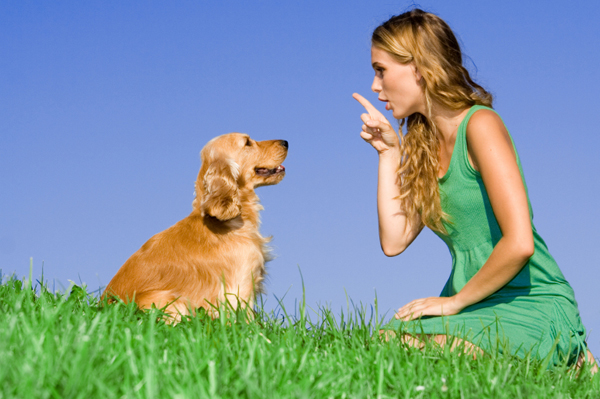 Reassure Your Neighbors
Fido likely won’t break his barking habit overnight, so address your neighbors’ concerns personally, apologize and tell them you’re working on fixing the problem. You can evenintroduce them to your dog and, if you want, see if any of them would be interested in making a few bucks by walking him while you’re gone at work.

This extra bit of attention and exercise would likely go a long way toward keeping him from barking while you’re out of the house.